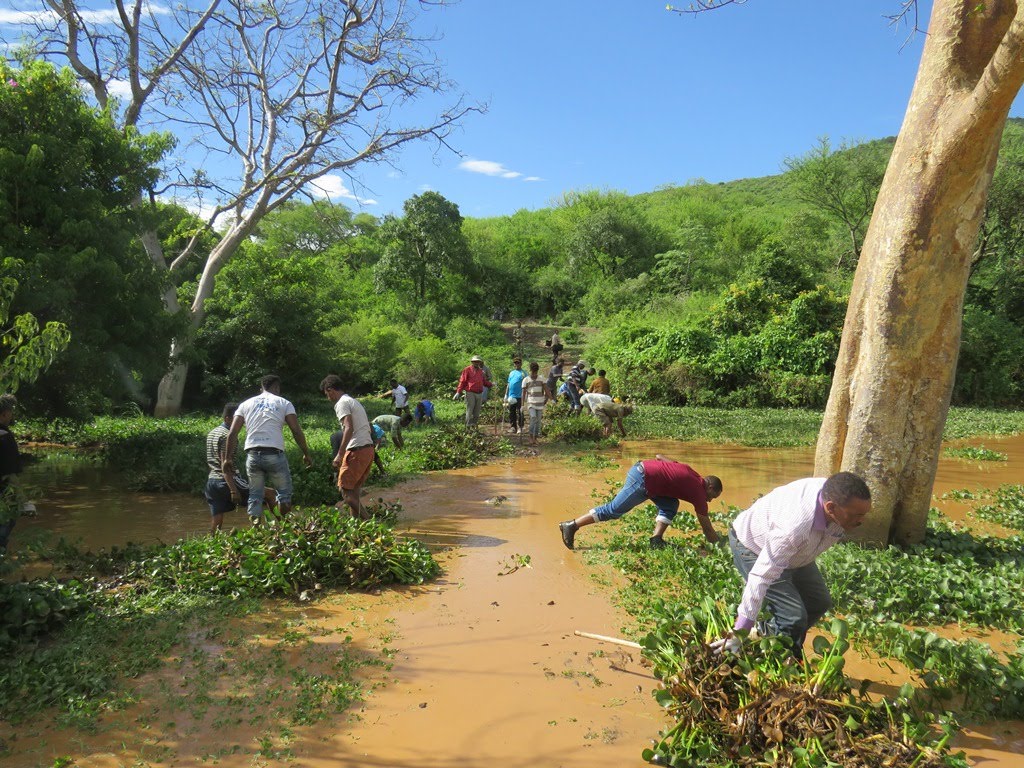 Land degradation in the South Ethiopian rift valley is a major challenge to sustain development in the region. Increased soil acidity in the highlands due to soil nutrient depletion and leaching; soil salinity and alkalinity due to poor agricultural water management in the lowlands; excessive soil erosion in the highlands due to runoff in turn caused by deforestation, overgrazing, and poor crop land management; flood hazards due to poor riparian buffer zone management, poor river training and poor diversion and conveyance irrigation structures; mass wasting from steep slopes due to upstream landslides and downstream deposition of stones, coarse gravel and infertile debris on fertile agricultural fields in the lowlands of the rift valley floor  are major causes of land degradation in the area. They form a major threat to sustainable agricultural production and ecosystem services. The current uncontrolled and unsustainable land use systems furthermore entail siltation and eutrophication of lakes. However, only few studies have been conducted to guide planning efforts for a sustainable and integrated development of the area. Studies made by Kassa (2006) in the area show that forest land has declined significantly between the year 1967 and 2004  and shifted to farmland and settlement areas. It can be assumed that between 2004 and now, this trend has continued. The government of Southern Nations Nationalities and Peoples Regional State (SNNPRS) and the Federal Government of Ethiopia have a big ambition to increase food security and income of the citizens ensuring sustainable ecosystem services in the region. Despite the tremendous challenges, they adhere a‘ green economic development strategy’. Recently, mass mobilization occurs in favor of environmental protection practices  and rehabilitation of degraded lands both by GOs and NGOs. However, these efforts still face various challenges and constraints – mostly due to a lack of rational understanding of the complexity of the agro-ecosystems – to allow an integrated planning towards sustainable ecosystem protection. Therefore, there is an urgent need to develop scientific information on the issue. To address this issue, Arba Minch university (AMU), as an academic and research institution situated in the heart of the South Ethiopian Rift Valley, is the key actor and responsible. Despite its willingness and commitment, the existing capacity of the university is insufficient to alleviate the problem. The constraints typically include human capacity, insufficient financial resources and laboratory facilities for research. Therefore, AMU has to fill these gaps in  research capacity in terms of qualified staff and research/teaching facilities. The VLIR-IUC project will be strategic  as it is expected to trigger performance of research and education at AMU, by empowering AMU staff to become important players at an international level.

No comments yet. Why don’t you start the discussion?